"Somewhere in town, someone is crying..."

With those opening words began one of the most underrated shows of all time:
Nurse Angel Ririka SOS!Released in 1995, this series will be celebrating its 25th anniversary in 2020. We sought it fair then, that one of the best ways to celebrate it would be by creating a multi-media fandom zine -- titled ANGEL'S VOICE!If you'd like to know what that entails, please click the ABOUT button for more!We ended selling and shipping the zine and merch in late 2021/earl 2022. However, feel free to send an email and inquire about leftovers!

Please join the Ririka general discord by clicking the icon below!

Unlike most zines which concentrate on the visual illustrative aspect, we aim to create a zine where ALL media is welcome. Besides illustrations, this includes, but not limited to:
writing, cosplay, comics, essays, etc.We want to be able to create a comprehensive product showing off the small but dedicated Ririka SOS fandom - and we believe that showcasing all the different talents from each person or group is a fantastic way to celebrate the series' silver jubilee!If there is a medium you work in that may not be conventional for the traditional zine format, do not hesitate to reach out to us at our social media accounts below! Don't also hesitate to email us at ririkazine AT gmail DOT com!

Nurse Angel Ririka SOS tells of a young girl, Ririka Moriya, who has been chosen to become the savior of two worlds: Earth and Queen Earth. A young boy named Kanon hails from the latter parallel dimension, gifting to Ririka on her birthday the nurse cap that allows her to become the guardian Nurse Angel! With this comes the mission to search for the elusive "Flower of Life," and stop the forces of Dark Joker!35 episodes and part of the magical girl boom that Sailor Moon brought in the 90's, the Ririka SOS anime bore a creative staff and cast behind it, with a great deal of them having individual achievements in anime too numerous to mention. Among them, respectively: Hajime Watanabe (character designer), Shinkichi Mitsumune (music), Hiroaki Sakurai (storyboards), Tetsuya Komuro (composer for the first opening theme), Akira Ishida (voice actor), Yuriko Fuchizaki (voice actress), Yuri Amano (voice actress), Kaori Asoh (voice actress and musical singer) and Akitaroh Daichi (director.) In fact, Ririka was Daichi's directorial debut!(And if we may say so, a strong one, as he has referenced Ririka multiple times in his work since.)Meanwhile the Ririka SOS manga had the honor of being drawn by none other than legendary Koi Ikeno, the creator behind the seminal Tokimeki Tonight. Ririka's writer and co-creator, Yasushi Akimoto, has gone on to make his mark on the idol world with acts such as Onyanko Club and AKB48. Not surprising, given his own contribution to the anime by way of lyricist for the show's opening themes.After the show ended, the musical (yes, a musical) aired on television for three episodes. It has never been fansubbed or licensed anywhere, and has only been made available in the DVD box-set.Outside of Japan, Ririka SOS has only been licensed in South Korea and Taiwan. The show aired on KBS2 in South Korea between September 1998 and January 1999, under the title 리리카 SOS. You can check out its opening here and its ending here. While dates for the Taiwanese broadcast are hard to find, according to this comment, Ririka SOS was also aired and dubbed into Mandarin Chinese and broadcast in Taiwan on Star TV Chinese, under the title 救護天使莉莉佳SOS. However, the manga started to be released almost a year later after its release in Japan. Ririka SOS has also appeared to have been licensed for television in Hong Kong but alas, no further information on it exists.For the rest of us, at least those of the English-speaking variety, we have the entire series lovingly fansubbed by the group Tomodachi Anime, back when the show was still airing. (A group called Anime Haven started to re-sub and re-translate the anime in the 2000s but suddenly dropped it and disappeared after 21 episodes.) You can find all the episodes on Youtube.

THE FOLLOWING IS SUBJECT TO CHANGES!Pre-orders TBDFurther additions to follow as time goes by.

Your main mods are NAAN and Mini-Fig!You can find the former here -- she works in comics and in a bit o' graphic design. She considers Ririka SOS a overreaching influence on her work.You can find the latter here -- she lives and breathes Ririka SOS, and constantly is on the lookout on twitter for the Goods.They both run the Angel Aid blog whenever they can. You can catch them on the Ririka SOS discord as well!Your fulfillment mod is Zelina!You can find her at her portfolio, and doing hard work for the second volume of a Heart no Kuni no Alice fanzine! 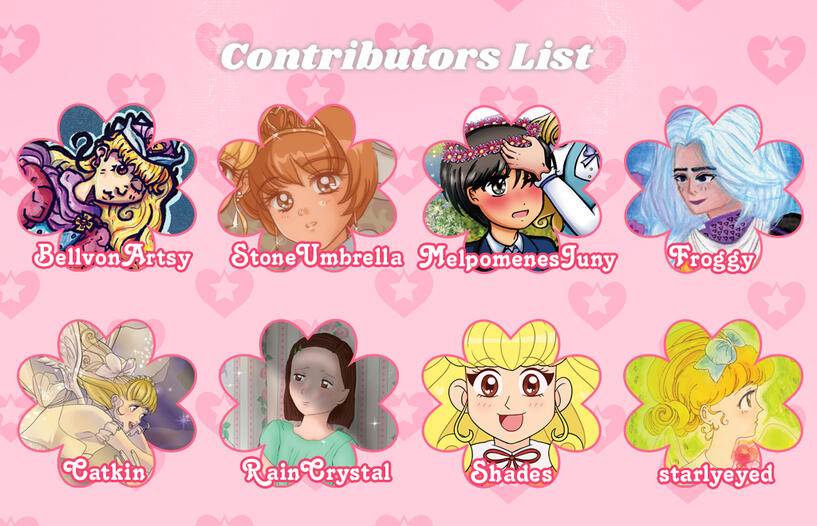 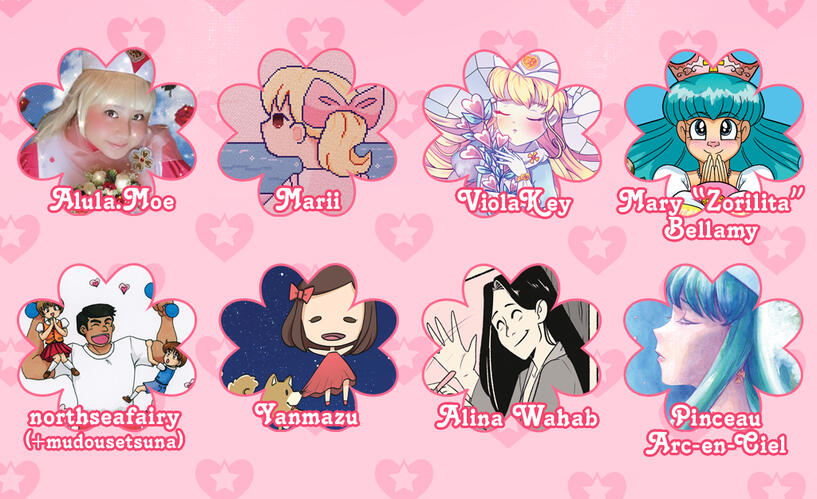 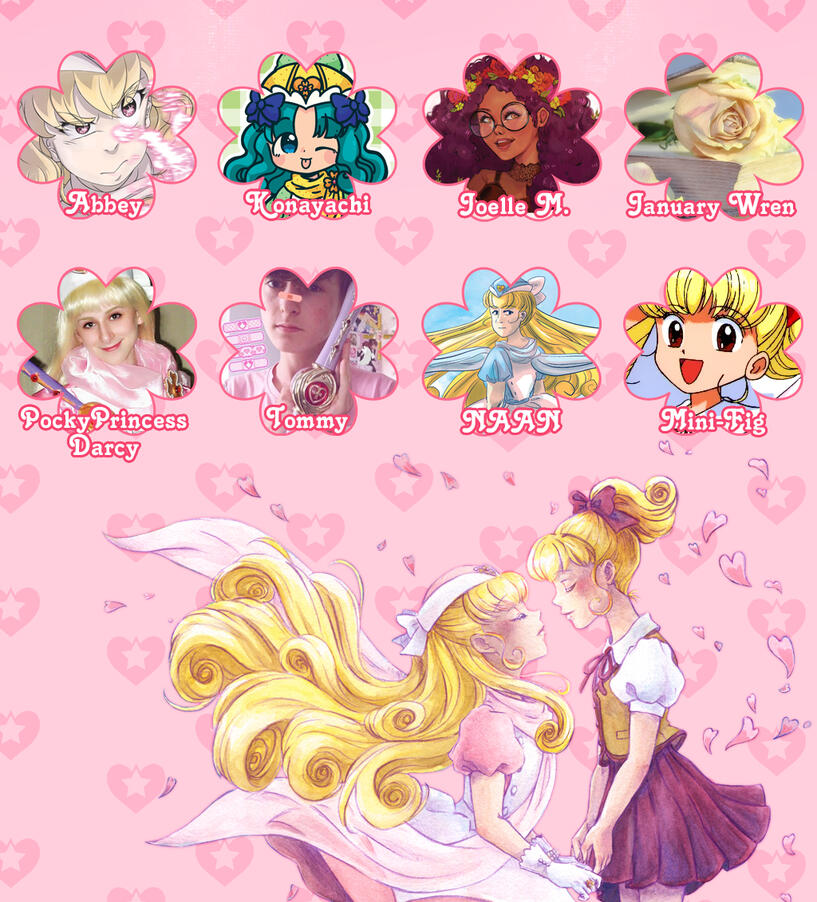